“Bonner is a passionate and engaging speaker. His presentations focus on finding the inner strength to move forward in spite of difficult circumstances, facing seemingly insurmountable odds, setting and achieving goals and ultimately, not accepting defeat. An inspiration for children and adults around the world, Bonner Paddock is living proof that one person can make a difference.”

When Bonner Paddock falls down, he gets back up in a big way. He has spent his life shaking off skinned knees, broken bones and doctors’ warnings. And at 33, he became the first person diagnosed with cerebral palsy to climb Mt. Kilimanjaro unassisted. No small feat for an able-bodied man, but a monumental undertaking for Bonner. To raise awareness of those suffering from cerebral palsy, Bonner tackled the climb with the determination and vigor that has defined his life. Eight days and 19,340 feet later, he had conquered not only the mountain, but his own limitations.

From the time Bonner was a toddler, it was apparent something wasn’t right. His left leg dragged behind the right and he couldn’t maintain his balance. Seven different doctors gave him seven different diagnoses. At one point, a doctor told Bonner he’d be in a wheelchair by 15, and he might not make it past his 20th birthday. He spent time in a variety of shoes, braces and casts. But he moved forward. To limit his movement, he played goalie instead of flanker. He worked on his 3-point shot. He even stood at home plate in a cast up to his hips and had someone run for him when he smacked the ball into the outfield. He overcame, even if he didn’t understand.

Finally, at the age of 11, he caught a break. A doctor took interest in his case and put him through a series of tests. He diagnosed Bonner with cerebral palsy. That wasn’t exactly great news, but at least now he knew what was wrong. When Bonner was born, his umbilical cord had coiled twice around his neck, depriving him of oxygen, causing parts of his brain to die. That cord didn’t take his life, but it changed it forever. It put him at a disadvantage, but it also gave him purpose.

Today, Bonner Paddock is Founder of OM Foundation. His monumental climb up Mt. Kilimanjaro was documented in the film Beyond Limits and helped raise money for the construction of a new childcare center in Orange County, providing early treatment for children with all types of physical disabilities. Bonner has taken his vision global and currently building more centers around the world to help children live better lives.

Thank you for an awe-inspiring presentation at our annual Employee Kick Off event on January 20, 2014. Your keynote presentation of your personal life experiences and physical challenges were timely and on target to help our employees better deal with the challenges within our own organization. Your inspiring message on how you focus on making a difference in children’s lives to get through your daily pain will be remembered—not just professionally, but personally as well.

Bonner, you have proven yourself to be a man who unselfishly gives to others and is able to share your testimony in a captivating way. You have a unique ability to deliver your message to be easily understood, while making it a fun, interesting, and allowing us to feel your passion for OMF. You inspired many of our employees to research your foundation and other charities to give back to those in need.

It was a pleasure working with you and OMF. Thank you for all of your efforts in making our key note message a success. Based on your message and OMF, our leadership development team has already signed up to be a part of Team Jake Ryan at the OC Marathon on May 4, 2014. Our Leadership team along with our employees are looking forward to being a part of OM Foundation and giving back to children with special needs.

Bonner’s story has truly touched myself, my family, and many people here in the Pacific Northwest. We were fortunate enough to partner with Bonner and The OM Foundation for the past few years to raise awareness and money for those living with disabilities. Bonner’s message about life without limits and always keeping a positive attitude has changed so many people’s lives. We are a better world because of The OM Foundation being in place.

Bonner Paddock is living proof that we are all capable of doing much more than we think we can ever do. He reminds us all that our limitations are what we think they are and that the mind is fully capable of overcoming any challenge that stands in our way. His inspirational words and story of overcoming his physical limitations to climb the highest freestanding mountain in the world followed by being the first person with Cerebral Palsy to complete the Ironman World Championship in Kona is made even more powerful when we are reminded that none of of this is about him. It’s a story about raising others up and giving back. His message will move everyone to do more than you think you can do, keep pushing, never give up, and most importantly do it for something or someone bigger than yourself.

We were planning our first multi-state Safeway Field Merchandiser Meeting in April 2013 and one of the final pieces to the puzzle was a motivational speaker. As I was having coffee one afternoon with Bill Ingersoll, I told him about our upcoming meeting that was a few months away and he told me about this incredible speaker that was affiliated with his company named Bonner Paddock. He sent me his website link and I took a look the next day. It was the “perfect fit” for what I was looking for, high energy, positive, motivational, and it just felt right. We hurried and booked a few calls with Bonner who was incredible from the first few seconds we were on the call, I knew right then and there that we had found the person to help speak at our meeting.

On the day of the event, Bonner, Bill, and a few other folks arrived before we broke for lunch on Day 1 of our meeting. From the moment Bonner walked on stage to the moment he walked out of the building, he had the full attention of the Northwest Merchandising Team of over 150 people. His video was amazing, but he found a way to touch every person in that room through his story and message. I filled up my notebook with positive thoughts that he shared that day and have referenced them a number of times since the meeting. There were a number of folks anxious to talk with him and thank him after his presentation, which doesn’t typically happen at a Safeway event. While it’s been 3 months since the meeting, I still continue to hear chatter and comments from my team about that day and every person points to Bonner as THE HIGHLIGHT from an extremely productive meeting. I would highly recommend him and I am sure we will be reaching out to him again in the near future to speak to another group at Safeway.

Bonner’s presentation to the Regional Center of Orange County’s Consumer Advisory Team was inspirational! It was important for the group to hear that he does not let his disability hold him back. He encouraged us to do the same by setting goals for ourselves and pushing ourselves beyond what we think we can do. He is a role model to people with disabilities. Thanks Bonner!

Bonner’s message is inspirational, motivational and moving. He has a gift of articulating his story in a way that resonates with the audience and sticks with you far after the speaking engagement is over. We had the pleasure of Bonner coming to speak with our company and have since invited him back to deliver the keynote address at our annual community client conference. Bonner is a passionate, engaging and powerful speaker and, more importantly, is a genuine and inspiring person. We look forward to supporting Bonner and the One Man Foundation.

The beauty of a Bonner Paddock speaking engagement is the universality of the messaging. Being in the hospitality industry, we deal with employees from all walks of life and job functions. Bonner was able to relate to everyone in attendance. Driving home the power of “a smile and a hug” truly resonated with our service oriented team and left an impression we still felt in the weeks that followed. Bonner provides an emotional journey that had my team laughing, crying, and frankly, fired up to tackle the challenges that await us in our professional and personal lives. If you are looking to kickstart a culture change, Bonner Paddock can light the fuse on any crowd!

“I have been fortunate enough to attend two presentations by Bonner. In the first, he brought his message of hope and inspiration to a group of several hundred patients and caregivers. In the second, he addressed our team at an off-site meeting. The groups at both meetings were blown away by Bonner’s physical and endurance accomplishments but, even more so, by his attitude and perspective on life. Everyone was able to take something away from his visit, whether it be in the workplace or, more importantly, in life. For me personally, I was struck by his story of denial and self-loathing for three quarters of his life before beginning the transformation process into whom he is now.” 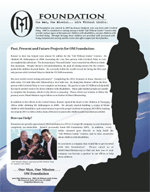